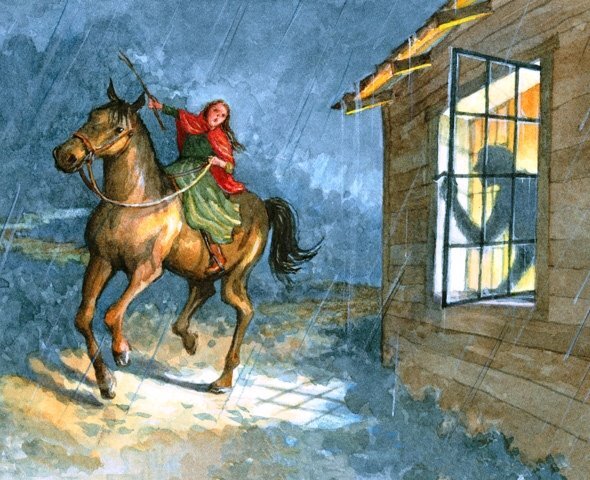 Sure, you’ve heard of Paul Revere, the famous man who alerted the American militias of the incoming British before the battles of Lexington and Concord, but he wasn’t the only one warning troops. He is honored for riding 20 miles through the night to warn officials, but why is Sybil Ludington, an equally revolutionary heroine, who rode even further, not acknowledged?

Sybil Ludington was born in New York, daughter of Henry Ludington, a militia officer. At sixteen years old, she rode on foreign roads around Putnam county, spreading the word of attack to militia men. She rode 40 miles through the night, from 9 p.m. to midnight. George Washington himself congratulated her on her feat. She was only given recognition by the general public in 1935, when a statue was built in her honor in Danbury, Connecticut, which is where the British were attack the night she rode to alert the militias.

Why Isn’t She as Well Known?

The fact that it has been less than a century since Sybil has been recognized publicly is outrageous. Even now, after her statue was erected, not many people know her name, unlike Paul Revere. You can ask any middle schooler and they would instantly know who Paul Revere was, but Sybil Ludington? Never heard of her. I only found out about her while looking for inspiration for this article, and was astonished to find that this 16 year old girl had gone above and beyond what Paul Revere had done. This made me wonder, why isn’t her name more well known? Why isn’t she put on a pedestal in history classes like Paul Revere? Is it because the British raid of Danbury was less significant than the battles of Lexington and Concord? Or is it due to history’s partially biased views? What do you think?

Revolutionary heroine Sybil’s story should be better known, especially among young girls. Sybil Ludington was living proof that there is no feat a man can perform that a woman can’t.

Hi, I'm a high school student from NY currently building my portfolio and I like to write in my free time!