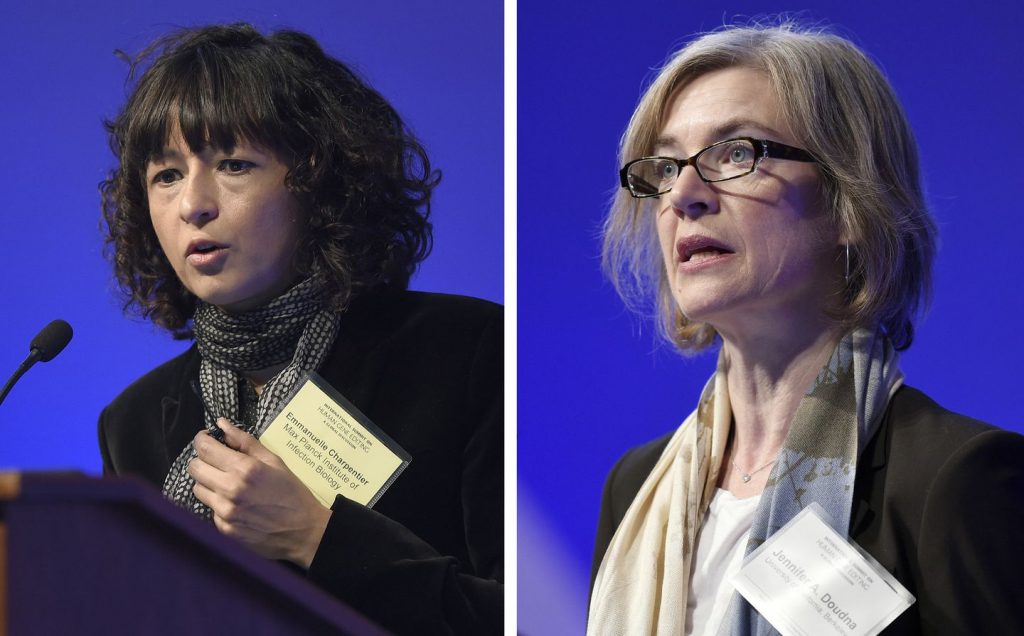 Imagine if there was a cost effective technology that allowed scientist to edit genomes, alter DNA, and turn genes on and off without changing their sequence. This technology could correct genetic abnormalities, prevent diseases, and save lives. What if you were told that this technology actually exists? CRISPR-Cas9, also known as CRISPR, is a technology discovered by Jennifer Doudna and Emmanuelle Charpentier that does exactly that.

As mentioned above, CRISPR is a groundbreaking technology that can edit genomes. It is simple, cost effective, yet powerful. CRISPR stand for clusters of regularly interspaced short palindromic repeats, and it was adapted from the natural “immune system” of bacteria and archaea against viruses and foreign bodies, which they chop up and destroy. CRISPR recognized precise genetic sequences that match those of viruses or other invaders, and targets these sequences for destruction using enzymes in bacteria and archaea. When it comes to genome editing, DNA sequences need to be changed, which is done by inserting a cut in the DNA, causing a cell’s natural DNA repair mechanisms to changing the DNA as one wants. CRISPR is capable of this due to the Cas9 protein.

Jennifer Doudna, often called the mother of CRISPR, was one of the co-inventors of the technology. She worked at UC Berkeley when she began her research. She was the first scientist to propose that the bacteria’s immunity mechanism could be used for programmable genome editing. Her discovery changed the world of genetic engineering since previous techniques were time-consuming, slow, and not as convenient.

Emmanuelle Charpentier, a French geneticist, was also one of the co-inventors of CRISPR. She was involved in the biochemical characterization of guide RNA and the DNA break made by the Cas9 enzyme. Her knowledge in the fields of microbiology, biochemistry, and genetics was needed for CRISPR to be discovered.

Together, Doudna and Charpentier figured out how CRISPR worked and realized they could use it to edit genes. In 2012 they along with other scientists, used CRISPR to create a tool (CRISPR-Cas9) that could find and cut out any gene in a strand of DNA and insert a new gene between the cut ends. Both Dr. Doudna and Dr. Charpentier received a Nobel prize in Chemistry for the discovery of CRISPR in 2020.

Although CRISPR is a breakthrough technology that can help fight against cancer and genetic disease, along with improving crops, there are some safety and ethical concerns. There is still much unknown information in scientific community, and germline editing might pose risks for future generations since we still don’t know all the effects of gene editing. In addition, some argue that CRISPR might be unethical since scientists could possibly pick and choose characteristics in kids, although we are far from that point. What’s important is that there is constantly more research going on about CRISPR and its abilities, and one day, the discovery of Dr. Doudna and Dr. Charpentier could save many lives.

Liked this article? Find more on Women in STEM here.