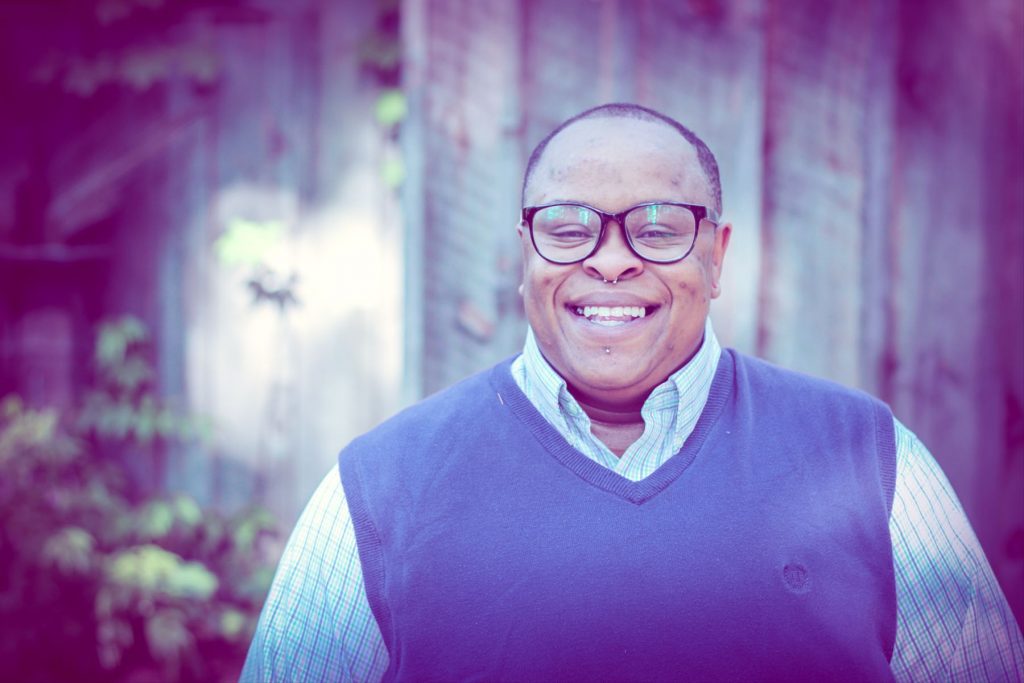 The importance of transgender voices

The fight for reproductive health is a long and ongoing one. Roe v. Wade, the Supreme Court ruling giving Americans control over when or if they have children, has been under constant attack since becoming law in 1973. Additionally the loudest voices around reproductive health and justice have been exclusively cisgender, female, and white.

Cazembe Murphy Jackson is none of these things, and that’s even more of a reason why he wants to tell his story to as many people as he can. Jackson is Black transgender man who is a community organizer, writer, and reproductive health advocate for everyone who can get pregnant.

His story of reproductive health

On “We Testify: Our Abortion Stories” Jackson describes his experience with abortion.

“I was 21 years old and a junior in college when I had my abortion. After surviving a rape that ended in an unwanted pregnancy, I went to a Planned Parenthood in my hometown to get an abortion. My family was supportive of my decision because of the circumstances surrounding the pregnancy. I’m committed to making sure all people can have a good experience having an abortion, regardless of their reason.”

Jackson explains further in an extension of his abortion story on wetestify.org the fact that often times abortion access and reproductive health are seen as “women’s issues” which erases the existence and experience of transgender, nonbinary, and gendernonconforming people who need access to abortions as well.

What motivates him to speak out

Jackson also interviewed with NowNowNext, expanding on what motivated him to speak out not only about his experience, but the need for more inclusive dialogue in reproductive health.

“The thing that motivated me to tell my story—beyond just having had an abortion—is that I want to help amplify the voices of trans-masculine and other nonbinary folks who also need access to abortion and other kinds of family planning. I think it’s important for us to see ourselves represented in the reproductive justice movement, since oftentimes you only hear about women. Everyone that has the ability to create and terminate pregnancies should feel welcome, whether we identify as women or not.”

Jackson goes on to explain that he suffered from depression as a result of the assault, and that his abortion probably saved his life. For many nonbinary and transmasculine people, pregnancy can be extremely dysphoric. It can feel like one’s own body is screaming their assigned gender at birth at them, reiterating that your body is not your own, and you are not who you think you are.

The work Jackson and many other transgender reproductive health activists are doing is extremely important. Not only does it expand the cultural narrative on who can get pregnant, it shows other transmasculine and nonbinary people that reproductive health is for them as well. The healthier our communities are, the stronger they are. The stronger our communities are, the more good we can continue to do to help the community at large and continue to fight for the justice of all peoples.

I'm a nonbinary content creator who likes to be creative and lift up the voices of underrepresented people(s).